The following information has been researched by David & Mary Bowen who owned Walter Lord Ltd., the pharmacy in Palmerston Street, later moved to Wellington Road. They owned the business from 1979 to 2003. 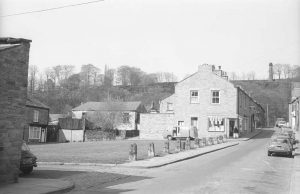 BRIAN, Ernest M.P.S.
1928 he became superintendent pharmacist at 38 Palmerston Street, though his main business was at 25 Mill Street, Macclesfield. (This was later sold to Timothy Whites).

BRIAN, Ernest Potts M.P.S. son of Ernest Brian.
1932 registered with home address Tal y Cafn, London Road, Prestbury.
He later moved to 38? South West Avenue.
He worked both in Macclesfield and Bollington and after selling the pharmacy he worked in Macclesfield Hospital until 1974.
In 1950 the company Ernest Brian and Son sold 38 Palmerston Street to Charles Green (butcher) and moved to 74 Palmerston Street.

1876 Philip Hall Hockenhull M.P.S.
He lived above the shop and was listed as a Chemist and Druggist and Photographic Artist.

1902 Albert Hammond M.P.S.
He lived at Newbridge House, Shrigley Road until 1909, then moved to Poynton.

1928 Ernest Brian M.P.S.
He also had a pharmacy at 25 Mill Street, Macclesfield.
His son Ernest Potts Brian M.P.S. registered in 1932 (The same year as Sam Andrew). He lived in South West Avenue and worked in Macclesfield and Bollington.

1932 Ernest Brian & Son employed Duncan Murphy M.P.S. Many people recall his lovely Scottish accent and his helpfulness. He lived above the shop until 1950, when the pharmacy merged with Pool Bank Pharmacy, where he continued to work until 1963. 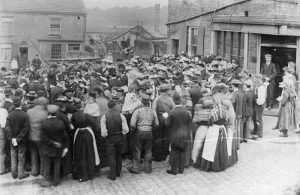 WALKLEY James Byron. Born 1857. He attended the Modern School in Macclesfield and in 1872 he won the chemistry prize.
1892, 1896 and 1902 Kelly’s Directory list him as a Chemist and Druggist (not Pharmaceutical) and he was not registered as a pharmacist.

The shop was closed until 1975, the contents largely untouched. Cheshire Museums could give me very little information about the fate of the items they received and the bottles and jars were bought by Mr. Chris Aspin on behalf of Helmshore Museum, Rossendale. The Museum was taken over by Lancashire C.C. Sadly plans to make a pharmacy there did not materialise and there was a fire in the store where the bottles were stored. I have not been in touch with Lancashire Museums.

There were photographs and pictures in the Macc. Express on the 4th and 11th of September 1975 when the shop was bought by Mr. and Mrs. Mellor and turned into a grocery store.

GREGORY, Lawrence Harry M.P.S. Registered as a pharmacist in 1940.
1949 opened a chemist and photographic studio at 2 Grimshaw Lane and lived next door.

BENSON, David M.P.S. carried on the pharmacy at Grimshaw Lane from 1954 to 1987. At the time the N.H.S. was encouraging small pharmacies to close.

ANDREW, Samuel Dronsfield M.P.S. Registered in 1932.
He lived at High Bank, Hurst Lane, and joined his father in the business which became J.H. Andrew and Son and dispensed until 1948.

WILD, Doris M.P.S. of New Mills was the registered pharmacist at 74 Palmerston Street in 1949, only the pharmacy transferring to Ernest Brian in 1950.

WALTER LORD LTD. was a Limited Company which bought Pool Bank Pharmacy at 74 Palmerston Street in 1963. The pharmacy traded under this name until it was sold to Rowlands Chemists in 2003. During this time the ownership of the Company changed three times.

WOLFENDEN, Arthur Charlesworth M.P.S. ran the pharmacy from 1963 to 1968.
He continued to do locums in the Bramhall area before retiring to Anglesey.

BOWEN, Mary Lyn M.P.S. and her husband David bought the Company in 1979.

When David Benson closed, and Pool Bank Pharmacy became the only one in the village, Walter Lord was badly placed for many of the patients served by the Waterhouse surgery. Eventually more central premises were found and converted and in January 1993 the pharmacy moved to 71 Wellington Road.

1897 John Herbert Andrew M.P.S. (‘Corky’ Andrew). He was also the village dentist. He used his wooden leg to restrain patients in an armchair. Many have mentioned listening to the screams. His son Samuel Dronsfield Andrew M.P.S qualified in 1932.

1964 The business was bought by Walter Lord Ltd and this company traded for the next 39 years owned by a number of pharmacists. 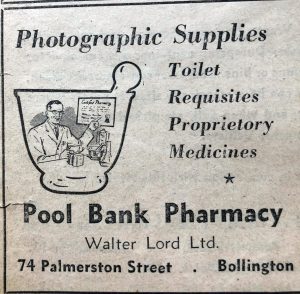 1857 James Walkley was listed as a Surgeon and Chemist. The business was carried on by his son James Byron Walkley. He was a Chemist and Druggist and after his death in 1903 it was run as a Drug Store until 1923 by Martha Walkley. It was “mothballed” until 1975 but unfortunately plans to use its contents as a museum did not materialise.

1993 Walter Lord Ltd. moved to larger premises nearer the surgery under the ownership of Mary and David Bowen. The shop was opened by Jean Davies, who had worked at Pool Bank Pharmacy for 19 years.

September 2015 Rowlands moved the pharmacy to larger premises in the Waterhouse, by then having been vacated by the surgery. The staff here carry on the work of meeting the pharmaceutical needs of Bollington.

1949 Lawrence Harry Gregory M.P.S.  He and his family lived on the premises and there was a Photographic Studio upstairs.

1954 David Benson M.P.S. He took over the business and also lived there with his family. This pharmacy closed in 1987 when the NHS contract changed, making small pharmacies uneconomic.