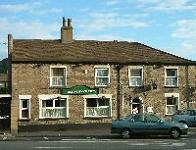 Re-furbished in Nov 2016, The Turner’s has a new name as well as a new coat of paint!

It is owned and operated by The Chairman and Committee of the Bollington & Pott Shrigley Conservative Club. The Conservative Club used to be in Adlington Road. Having sold that premises for commercial use, the club acquired the old Turner’s Arms and converted it into club premises under the name of the New Con Club. In November 2016 the building has been re-furbished and re-named The Turner’s – the name that everyone has referred to it by for as long as I can remember!

It’s a Members club but guests are always welcomed. Non-members pay full price for all drinks, members get an automatic discount and it doesn’t take long to get your membership back! 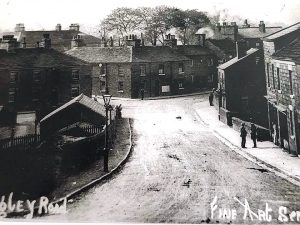 The Turners is right next door to the Cotton Tree, which is just out of the picture on the left. The Turners is above the shed roof.