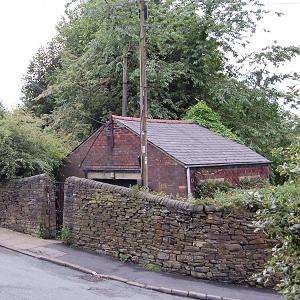 In Chancery Lane, at the junction with Lord Street, there was a small brick building (right). This was the Rediffusion Service station.

Rediffusion was a commercial television company

that provided independent TV to Londoners from 1959 to 1968. The company also rented TVs to householders through a chain of high street stores.

However, the Rediffusion Service station was a leftover from an earlier incarnation of the company. In 1927, then known as Broadcast Relay

, the company began setting up one of the world’s first cable broadcast networks, at first to distribute radio and later television to subscribing households. Exactly when this building was erected isn’t known but it was certainly after 1930 because it doesn’t appear on a photograph taken in late summer of that year.

The building was demolished in 2016 when the adjacent area was redeveloped. While it had an interesting history the building had no real historic merit.