How to get there

White Nancy is a very popular walking destination. Indeed, walking is the only way of getting there! Your walk can start from a number of different places, but many start from within Bollington or Kerridge. Everyone is very welcome BUT please park considerately! Bollington is very short of parking space and street parking is often not possible particularly at weekends. We don’t take kindly to those who park just anyware. If you are visiting from outside the area be prepared to find a space some distance from the foot of the hill. However, there are two free and untimed public carparks (as well as others further away) – Pool Bank is in the very centre of the old town beside Palmerston Street, opposite High Street. In Kerridge there is a small carpark off Jackson Lane, almost opposite the entrance to Hollin Hall Hotel. Walking to White Nancy from these carparks and other start points is described on a separate page.

The stone ball on the top was carved in later years by Bollington stone mason Ted Allen, Linda Stewart’s grandfather.

As to the origin of the name ‘White Nancy’, there are several theories but none has any firm evidence to support it. It may have been named after a Gaskell daughter, Nancy (we have a record of one by that name). Then again, maybe after the horse that is said to have hauled the heavy stone table top up the hill. 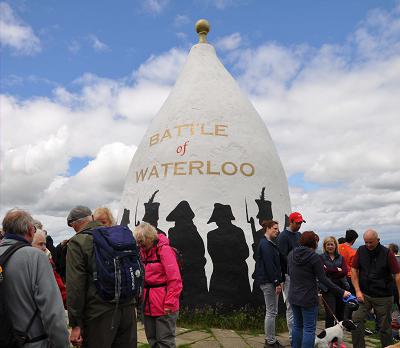 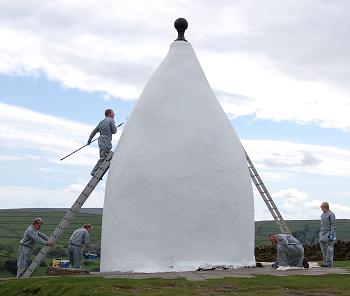 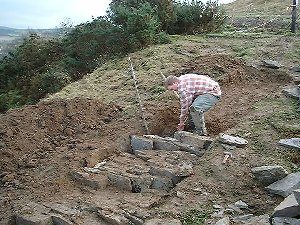