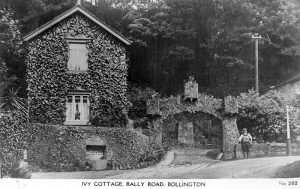 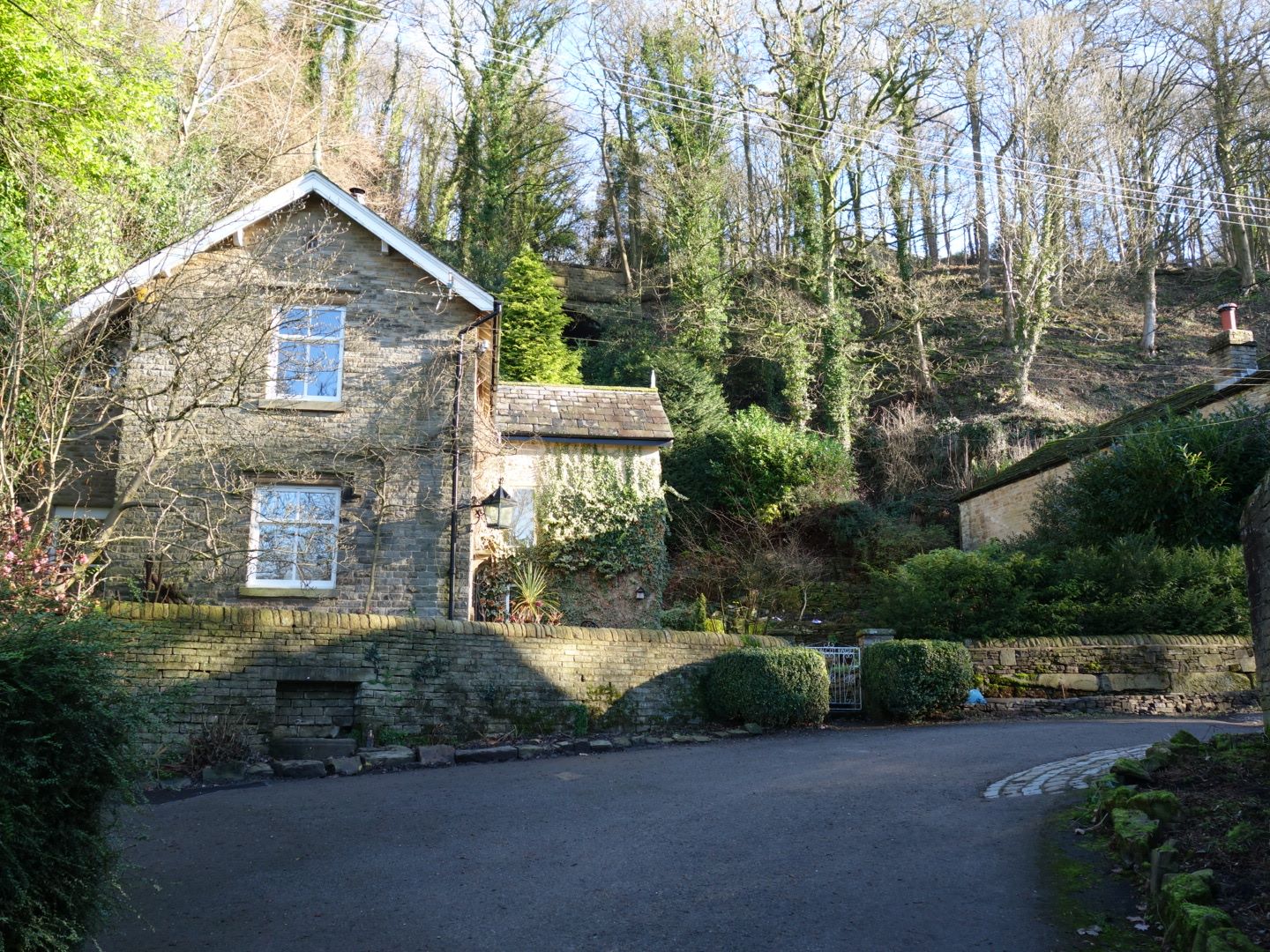 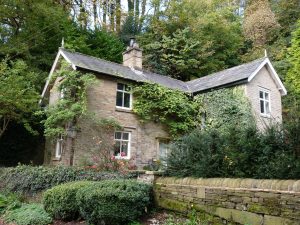 Endon/Ivy Cottage in 1925 top left photo and two photos taken in 2019 showing the extension on the side of the cottage which is built partly over where the Rally Road would have been. The road/track would have then gone through the arch although that was probably built after the Rally Road had been removed. Endon Cottage was once called Ivy Cottage. The gentleman in the old photo above left was most probably George MacKenzie as he was living there two years early. Endon Cottage was owned and built by William Clayton at least as early as 1849 as it is shown on the Tithe map.

1851: James Gill aged thirty six was living here, he was from Withington and listed as a Labourer in a Stone Quarry. He lived with his wife Sarah from Manchester and six children aged from three to fifteen years.

1861: James Gill was now listed as a gardener and domestic servant and was still living at Endon/Ivy Cottage his wife Sarah. They had five children with them aged from eight to twenty one years, four of which were employed as cotton spinners.

1871: William Williamson an architect and land surveyor lived at Endon/Ivy Cottage at this time. James Gill from ten years ago was now widowed and living in Butley with one daughter Harriet.

1881: John Massey was resident he was aged sixty one years and from Alderley and was described as a Gardener. Also living with him was his wife Hannah aged sixty five years and originated from Knutsford. There was also a boarder named Frank Griffin who was unmarried and aged twenty one years. And finally a Groom from Gloucestershire was also resident.

1891: William H. Robinson a gardener aged forty two years from Stretford lived at Endon Cottage with his wife Elsie aged forty three years. Elsie was a dressmaker originally from Douglas Isle of Man.They lived with a niece Elizabeth Smith who was also from Douglas, she was aged twenty three years and was married. A domestic housekeeper and her daughter Agnes aged three years also lived at the cottage

1904: Samuel Broughton was listed on the Electoral roll as living at Endon Cottage.

1909: Robert Ramsbotham was listed as living at the cottage in this year.

1911: John George Lewis Bell thirty six years was resident at this time, he was a  ‘Traveller in Literations’ own account and was from London. His wife Alice Annie aged thirty three years and from Manchester also lived with him along with their six year old daughter.

1923: George MacKenzie was listed as living at what was still called Ivy Cottage at this time according to the Kelly`s Directory.

It is unsure when exactly Ivy cottage became Endon Cottage.