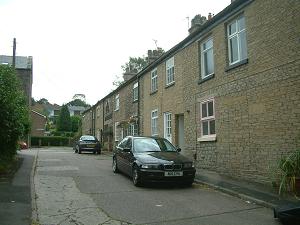 A short street with stone cottages on one side and the Owlhurst mill, also known by other names, see below, at the top end.

William Turner was a local landowner, living at Shrigley Hall, who provided land to develop this part of Bollington. He gave the land for the original St Gregory’s Chapel and graveyard in adjacent Chapel Street together with the land for St John’s church opposite the end of Turner Street in Church Street. Perhaps he should have been honoured with more than this short street and the Turner’s Arms! (now The Turners). 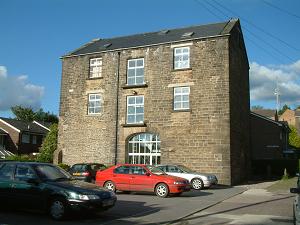 Whittaker’s Bag Mill. Bag refers to flour bags. When milling ceased the building became Bannister’s joinery workshop. That use ended with a fire in the 1980s. The building was converted into apartments at the end of the 20thC.

When originally built the mill was known as The Owlhurst. It was owned around 1836 by Edward Sheldon. It has been suggested that the street was at that time known as Owlhurst Street.

This street is in the Bollington Conservation Area. Numbers 1-13 are subject to Article 4 Direction.