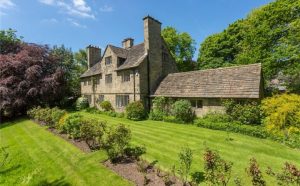 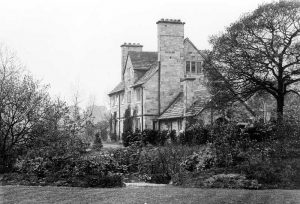 The Vicarage is a building of stone in the Elizabethan style was erected in the 1890s at a cost of £3,300. It was built to replace the Parsonage on Church Street when the new Vicar Revd. Charles Brooke Gwynne refused to live there because it was unsanitary. This was due to the sole water supply coming directly from the graveyard, and he feared for the health of his young children.

When the Parsonage was demolished the stones were transported to the site of the new Vicarage on Shrigley Road and were used in the construction of it. It was completed in 1899 and had eight bedrooms, some of which were for servants.

1899: The Vicarage was occupied by Welsh born Charles Brooke Gwynne, Clergyman of the Church of England, with his wife Alice L from Scotland. Both were thirty nine years old, and their three daughters Helen, Jane and Lila were aged eleven, nine and seven years respectively two. There were also two servants.

1909 to 1916: Reverend Alfred Hamilton King M A  of Christ`s College, Cambridge lived at the Vicarage not to be confused with Alfred J King.

1916 to 1928: Reverend Walter Brain and his wife Nancy lived at the Vicarage.

1937 to 1947: Reverend John Kingdon aged fifty three years was a Clerk in the Holy Orders and lived at the Vicarage, with his wife Mary Kathleen who was a year younger than him. Also living there was thirty five year old Richard Evans a certificated assistant teacher and his wife Doris who was two years his senior.

1948 to 1953: Reverend William David Thomas and his wife Winifred lived at the Vicarage along with their children Veronica and Robin.

Incidentally there were two Vicarages on Shrigley Road. The one described above is in Bollington whereas the one in the photo below, which is now a private house, is in Pott Shrigley. 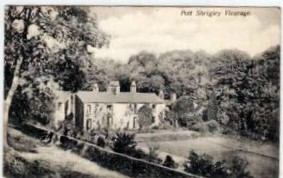 There is also a third vicarage which is off Spuley Lane, a smaller more modern building housing the present incumbent for Pott Shrigley.

Our thanks go to Revd. Canon Veronica Hydon and David Williams for the information provided, particularly on the old Parsonage.

Also our thanks go to Linda Stewart who has researched census information to present an interesting history of the house’s residents.