Gordon’s mother Fanny wrote this heartbreaking letter to him asking him why he had not written to her. He had been dead nine days when she wrote this.

I am indebted to Linda Stewart and Dave Williams for this fascinating account of the lives of Gordon and Hedley Stewart of Bollington. 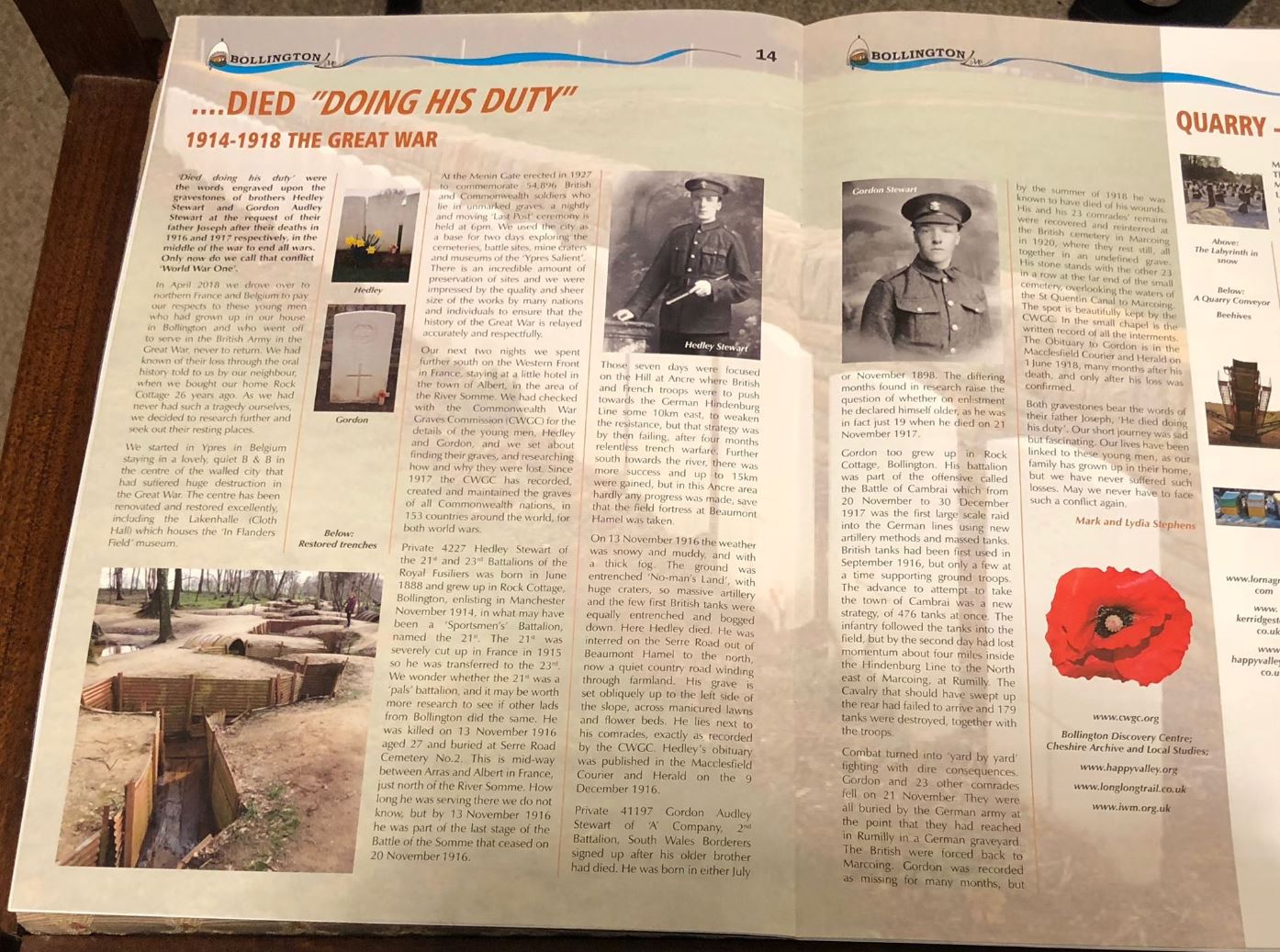 Mark and Lydia Stevens who live in Rock Cottage now went to France in 2018 to find the graves of Gordon and Hedley. Above is their story from the local Bollington magazine.